In a queue of inequalities, gender outcry can be heard in Misery and adversity. However, it is silenced by the domination of patriarchal and invidious structures in all fields of life. Whether social, political, economic, cultural, or legal, general discrimination and suppression have shackled the oppressed genders in iron chains.

To tackle this menace and break the setters of bondage, gender equality has emerged over the past few decades as a loud, popular slogan, which has challenged the status quo by pointing out the loopholes and injustices and becoming a powerful driving force in itself. It has brought the drowning voice of women, and the transgender community, including lesbians, gays, and bisexuals, to the surface. Few of its achievements lie in the dedication of the United Nations and the world community to eliminate discrimination; moreover, successful campaigns and the rise of voices against marginalization and injustices are major accomplishments of gender equality’s slogan. Contrarily, the prevalence of stereotypical, orthodox norms and biases lipid significant failures of the slogan, for it has failed to tackle the basic reasons, stigmas, psych, and biases against suppressed genders of the society. Nonetheless, the question of whether the slogan has been effective or not is a matter of complex debate. In a nutshell, though gender equality has risen to the surface as a strong slogan and a heart narrative of the 21st century, it has significant successes and failures in its arsenal in achieving a gender-inclusive society. However, with certain realistic measures, the world can accept everyone as equal human despite their gender identity.

This essay will start by delineating the meaning of gender and gender equality and how gender equality emerged as a slogan worldwide. It will focus on the successes and failures of the gender equality slogan in the 21st century. It will then provide a few suggestions to make this slogan more effective.

It is imperative to understand the meanings of gender and gender equality. According to the United Nations entity for gender equality and the empowerment of women (UN Woman), gender refers to the social attributes and opportunities associated with being male and female and the relationships between women and men and girls and boys. These are all socially constructed and are learned through socialization processes. Moreover, gender equality refers to the equal rights, responsibilities, and opportunities of women and men and girls and boys. It implies that the interests, needs, and priorities of both women and men are considered, recognizing the diversity of different groups of women and men, including lesbians, gays, bisexuals, and transgender people.

The first failure of the narrative of gender equality is the fact that women are still underrepresented in political and leadership roles. It is not just a failure of feministic efforts but an indicator of grave societal inequalities. The scenario is not much different, be it any third-world country or a superpower. For instance, although women comprise nearly 51% of the United States population, only 27% of Congress comprises women. Moreover, worldwide, just 25.5% of all national parliamentarians were female as of March 2021; according to the United Nations, these numbers portray a horrendous picture of a base in which women have fallen into, which of course, advocates of gender equality have not been able to tackle yet.
Another indicator of the failure of the slogan lies in the lack of access to education. While many women in industrialized areas take education for granted, women in both China and Pakistan have trouble receiving education. Though not a major concern in China, one reason for Pakistani girls not getting an education is the distance of educational institutes from their homes. Among 144 countries, China was ranked 102nd, while Pakistan was ranked 136 in the 2021 global gender gaps sub-index on educational attainment.
Not receiving an education from a young age has consequences for the rest of the life of a woman. Therefore, gender equality has also failed to achieve this milestone – for a prosperous future for individuals and their country. Moreover, no pain on earth can be as wearable and human humiliating as that of her diversity. Life gets even worse if that infected soul resides in Pakistan or India. In patriarchal societies, divorce always puts a stigma on women. She is blamed, insulted, and ridiculed while the man goes Scott free. Manually get a new life partner within months, years, or sometimes days. However, a woman cannot shrug off the diversity label as easily as men, for this level becomes more of a social stigma.
For this reason, they either choose to remain divorced or take a long time before ever considering the idea of remarrying. Why would society accept a woman who has been with another man and going through a divorce? Society only wants young, unmarried girls as prospective shooters. It is the ugly face and stain of an unjust society, which the slogan of gender equality has failed to address completely.
Also, in the professional domain, women are disadvantaged solely based on gender. When the time comes for people to shortlist candidates, those lists are too often bereft of women. According to Oregon State university’s general of Management, implicit bias often results in women’s resumes being passed over in favor of men’s during consideration for executive positions. Interestingly this bias means that companies frequently hire less qualified candidates just because they are male and suffer significant losses as a result. Not surprisingly, at fortune 500 companies, women currently account for just 7.4% of the CEOs, according to Fortune.
These inabilities, hence are raising demonstrations of failure of the theatric of gender equality in professional life. Besides these instances of suppression, oppression against the transgender community is even more creamer than that of the woman, for they face severe abuse, discrimination, and narratives of acceptance and equality. Discrimination against menstruating women is widespread in India, where periods have long been taboo and considered impure. They are often excluded from social and religious events, denied entry into temples and shrines, and even kept out of the kitchens. However, with a surge in the use of social media in recent years, women have begun to share menstruation stories too. However, this freedom is often questioned, and those sharing their stories are threatened with bands, while trolls who indulge in moral policing and shaming woman goes caught free. In the 21st century, this basic stigma indicates the ineffectiveness of messages of gender equality in mainstreaming such natural biological functions of the human body to the masses.
Lastly, despite being as successful as male athletes, women in sports still face locality and biases. Coverage of Superman in sports is often dominated by references to appearance, age, or family life, whereas men are depicted as powerful, independent, dominating, and valued as athletes. For instance, the United Nations educational scientific and cultural organization UNESCO studied sports coverage and found significant differences in how female athletes and their games were discussed in the sports media. These stereotypical mentalities need to be addressed at large, which woefully has not been focused on by the advocates of the popular slogan of gender equality in the sports field.
As the successes and failures and their related biases and stereotypes affecting gender equality have been discussed, incorporating suggestions in falling paragraphs might be fruitful in making the slogan more effective.

Firstly, it is imperative to tackle the patriarchal psych at individual and social levels, for it is the root of all evils that gender faces; working for its eradication along with non-profit organizations and governments organizations by conducting seminars and events to raise awareness among the oppressed and oppressors can relieve the pain of patriarchal fetters.
Secondly, instead of just focusing on high-profile cases driven by hashtags and media, it is the need of the hour to target violence and discrimination faced by poor people; otherwise, gender equality slogans and campaigns will always be considered a festival for the rich, privileged, and powerful communities.
Thirdly, the implementation of the rule of law is a necessity. Almost every state has a constitution and an assertive rule of law. However, the problem lies in its implementation. Third-world countries often work faster under the influence, an opportunity for feminists to work for their cause.

In conclusion, it can safely be said that gender equality has reason to the surface as a strong slogan and a hot narrative of the 21st century; it has significant successes and failures in its arsenal in terms of achieving our gender inclusive society: however, with the implementation of certain realistic measures, the world can accept everyone as equal humans despite their gender identity. For the realization of the true potential of the world, gender equality is a must. A world free of vices and discrimination is a world that, in a true sense, is meant for all. Until then, all the sinus day zip mouth will keep protesting for a peaceful and safe life. The slogan of gender equality will keep on chanting high till there is no exclusivity left. 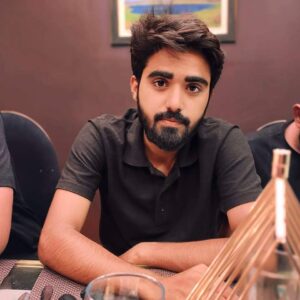 You can become an author on Path.pk & support the platform.